Many school buildings in England are now in such disrepair they are a “risk to life”, according to internal government documents leaked to the Observer.

The officials call as a matter of urgency for the Treasury to make extra billions available to increase the number of school rebuilding projects from 50 a year to more than 300.

On 30 March, as part of a weekly update to No 10 from the Department for Education (DfE), the senior officials cite the problem of deteriorating school buildings under the heading “upcoming risks and opportunities” .

They say: “School buildings: the deteriorating condition of the school estate continues to be a risk, with condition funding flat for FY [financial year] 2022-23, some sites a risk-to-life, too many costly and energy-inefficient repairs rather than rebuilds, and rebuild demand x3 supply.”

The same email goes on to make clear how the DfE is battling with the Treasury for £13bn, now available as a result of recent reforms to higher education, to spend on school repairs.

On 4 April, the officials raise the alarm again under the same “risks and opportunities” heading and repeat the warning that some school sites are a “risk to life”. The second email adds: “We would like to increase the scale of school rebuilding.”

The revelations will pile huge pressure on both No 10 and the Treasury to divert extra billions to keep schools and pupils safe, at a time when they are already facing calls to help millions of people on low incomes get through the cost-of-living crisis.

On Saturday, Kevin Courtney, joint general secretary of the National Education Union, blamed years of Tory cuts to capital spending on schools and said the current problems ranged from dangerous roofs to asbestos.

He said: “All children deserve to learn in high quality, safe and comfortable buildings. But in 2022-23, capital funding is £1.9bn less per year in real terms than it was in the last years of the Labour government. If the government had not cut Labour’s school rebuilding programme, £27bn more would have been spent on school and college buildings. So, while any money spent on school buildings is welcome, the scale needs to be judged against what has been cut, which is 50 times larger.

“The challenges that need to be addressed are huge. And whether the issue to be addressed is potentially dangerous roofing, retrofitting for energy efficiency and to help meet climate obligations, or basic repairs, the challenge is made all the greater by the presence of asbestos in so many school buildings. The government needs to show much more ambition and urgently address these issues in a strategic way.”

An official briefing in the House of Commons library dated March this year and entitled “School Building and Capital Funding” confirms the huge cuts in capital spending since the Tories came to power in 2010.

In a statement to the Commons in July 2011, the then education secretary, Michael Gove, said the design of the Labour’s Building Schools for the Future Programme “was not as efficient as it could have been”.

Gove said it did not prioritise schools in the worst condition and it did not procure new buildings as cheaply as possible. In its place, Gove established the Priority School Building Programme, which he said would be available to “all schools –academies, community schools and voluntary-aided schools – and local authorities that are responsible for the maintenance of a number of schools”. It would, he said, address the problems and be available to schools with the “greatest need”.

But the leaked documents confirm a gradual deterioration over the following 11 years, despite repeated warnings that a crisis was approaching.

Bridget Phillipson MP, the shadow education secretary, said: “The Conservatives have failed a generation of children by slashing investment in our schools over their 12 years in power.

“Their negligence is now putting lives in danger, but still the secretary of state can’t persuade the chancellor to act. Labour would build a Britain where children come first, but the Tories are standing by as England’s schools are falling down.”

In 2019 the Guardian reported that more than one in six schools in England still required urgent repairsand cited warnings about schools “crumbling around teachers and pupils”. According to official data at the time, 17% (3,731) of schools were found to have buildings with “elements”, such as a roof, wall or window, in need of immediate action.

Of the 21,796 schools for which information was released, 1,313 had elements that were given the worst possible condition, grade D, defined as “life expired and/or serious risk of imminent failure”.

A DfE spokesperson said: “The safety of pupils and staff is paramount. We have one of the largest and most comprehensive survey programmes in Europe, and this allows us to assess and manage risk in our buildings. We prioritise buildings where there is a risk to health and safety and have invested £11.3bn since 2015 to improve the condition of school buildings and facilities. In addition, our new School Rebuilding Programme will transform the learning environment at 500 schools over the next decade.”

Flutter for web develops: A hype beast or a silver bullet for website development

Wed Jun 15 , 2022
Web is broken. You read that right – it’s no secret that the web has now become so complicated as multiple framework applications battle for web developer’s attention. Some could argue that it’s easier to get your head around code than to decide which framework applications to use. That includes […] 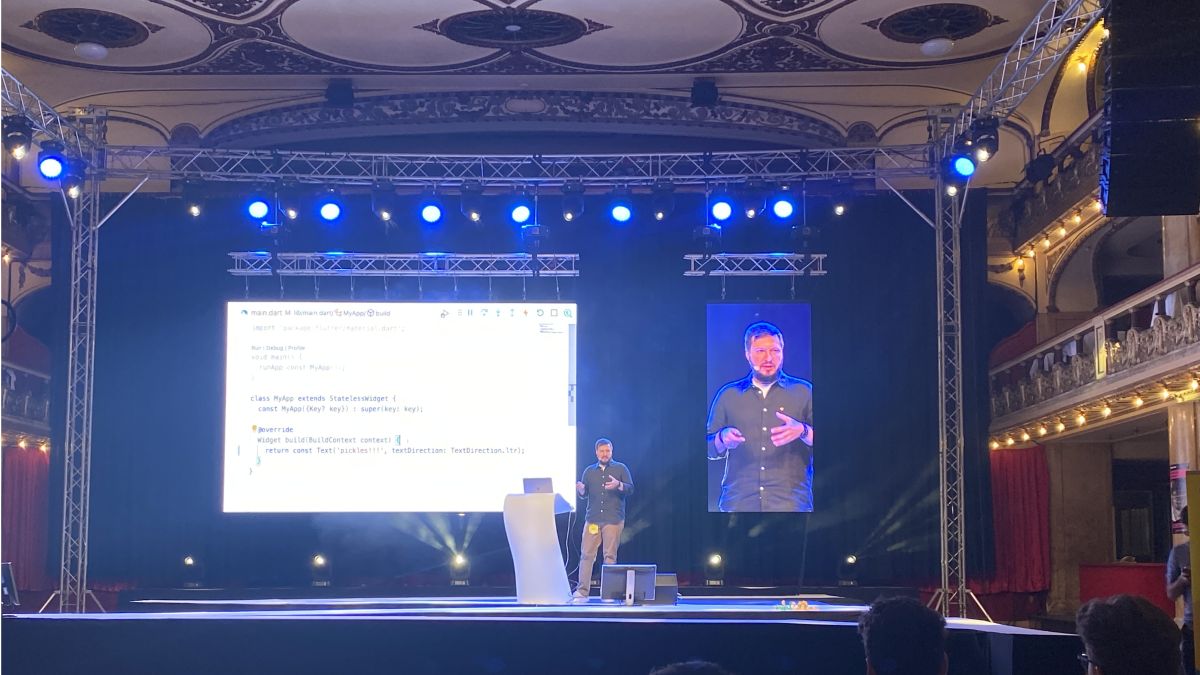