H-E-B is pulling the plug on Points Club Rewards, a program it created in 2004 and offered exclusively in Waco. The San Antonio-based chain enjoying more than $30 billion in annual revenue has replaced it systemwide with DigiDeals, a service available through the My H-E-B app.

Spokesperson Chelsea Fletcher said Points Club Rewards has run its course. The Waco-only, points-based program awards customers store credit for their purchases four times yearly. H-E-B shoppers carried “points cards,” as they came to be known, and presented them while checking out. They also could be used to earn points during gasoline purchases, and Points Club Rewards could be linked to online H-E-B accounts for use with delivery or curbside pickup.

DigiDeals allows shoppers to receive immediate savings every shopping visit, Fletcher said. The process produces digital, paperless coupons customers access via their H-E-B app or by signing into their account at HEB.com. It does not include the wait for savings that comes with the points program, Fletcher said.

Some H-E-B fans have taken to social media to express displeasure.

Tammy Johnson, a teacher living in China Spring, said she is a longtime fan of H-E-B and wishes she had used Points Club Rewards more often. The COVID-19 pandemic disrupted her shopping habits for an extended time, as she ordered groceries online and picked them up curbside, she said.

“When I went into the store, I would forget I had it,” she said. “I am kind of sad about it. It was a good thing, available only in the Waco area.”

She said the most points, or discounts, she ever earned under the program for any given quarter was $40 to $50. But she considered the program a bonus with her shopping at either the H-E-B on South Valley Mills Drive or in Woodway.

H-E-B has mailed notices to customers informing them the program will end May 18. They will receive credit for transactions through that date.

Having lost their points program, Waco H-E-B shoppers may take solace in knowing they should have a newly remodeled store soon at Wooded Acres Drive and Bosque Boulevard.

Fletcher said the remodel should be wrapping up by late summer or early fall. She has revealed few details about the $14 million remodel and expansion since H-E-B confirmed it in 2020. She has deflected questions about whether H-E-B encountered construction delays due to the pandemic or has added features it did not originally announce.

Plans submitted to the city of Waco for approval before a permit was issued show a 17,740-square-foot expansion and a “squaring off” of the 106,000-square-foot store on the side nearest Bosque Boulevard, said Bobby Horner, spokesperson for the city’s inspection services department.

Horner said plans indicate more space for the store’s produce, bakery and seafood departments, a second entrance off Lake Air Drive and expanded curbside service. He said they feature what he believes is a larger storage for dairy products, as well as expanded restrooms and offices. The expansion likely would necessitate upgrades to plumbing, electrical, heating, ventilation and air conditioning systems, contributing to the $14 million cost.

Horner said exterior touches, including the use of glass, stucco-type material and landscaping, suggest H-E-B wants to give the store a fresh look and to eliminate signs of aging.

H-E-B long resisted appeals to build in the Dallas-Fort Worth Metroplex, but has announced stores in McKinney, Plano and Frisco. Southwest Austin is getting a new H-E-B, and a new replacement store H-E-B placed in New Braunfels includes a two-story barbecue restaurant and the chain’s first home decor and furniture department, according to a Community Impact Newspaper report.

A report representing the collaborative efforts of PlannedRetail and Build Central says H-E-B is planning or is already involved in nearly 50 construction projects involving 4 million square feet. These include remodels, renovations and new construction projects, some merely on the drawing board.

H-E-B has made commitments to digital technology, opening the 81,000-square-foot Eastside Tech Hub in Austin that houses H-E-B Digital Partners and headquarters for Favor, an on-demand delivery company H-E-B owns.

Get the latest local business news delivered FREE to your inbox weekly. 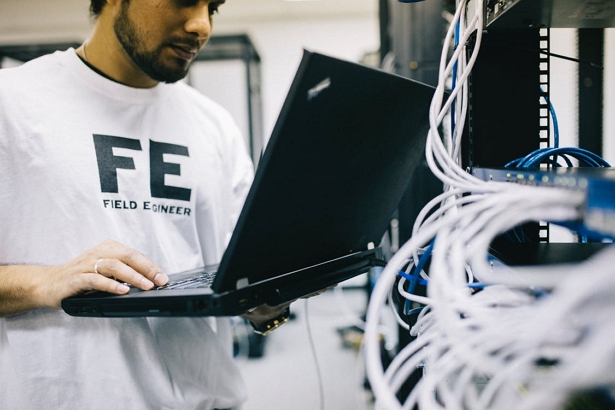