At the event, hosted by the school system, education officials spoke about the need for the proposed career technical education campus, which would be located in the Phipps Bend Industrial Park.

Director of Schools Matt Hixson pointed out that education has failed some students by advocating for college exclusively.

“We’ve done a disservice to kids over the over the last decade, not just here in Tennessee, not just in Hawkins County, but across the nation by forcing students to college. And if you look at the dropout rates, going into their second year of university or college work, you see that those are astronomical,” Hixson. “That means they weren’t either prepared, or they weren’t truly heading in the right direction. We want to make sure, as Hawkins County Schools is concerned, that we prepare students for whatever path they choose, whether that’s career, college, military service, you name it. Our job before they leave our hallways as graduating seniors is that they have the tools in their back pocket to make them successful, whatever their choice.”

Career & Technical Education Supervisor Brandon Williams said that the $11 million to $13 million project will provide benefits far into the future.

Four new programs will be offered on the CTE campus: machine tool; mechanical, electrical and plumbing with HVAC; construction/structural systems; and coding/cybersecurity. The facility will also include an expansion of three programs that have basically reached capacity: industrial maintenance, nursing skills lab, and culinary arts.

“That’s pretty young to be asking the students to make a decision about what they’re going to do for the rest of their life, and it doesn’t have to be a final decision. But we want them to be thinking about it at that point,” Williams said. “Because the sooner they can really cue in on what they want to do, the more opportunities they have when we get in high school.”

Williams added that the new building could be used as a recruitment tool for the Phipps Bend Industrial Board.

“I’m excited about this project, not just from an architectural standpoint, but because I’m a resident of Hawkins County. Instead of this means a lot to me, it means a lot to my 2-year-old what this is going to be for his future,” said Mary Darnell, architect and project manager at Thompson & Litton.

The building was designed to complement the Tennessee College of Applied Technology, which will be adjacent to the new facility.

Williams also plans for TCAT and other businesses to use the campus for training and meeting purposes when it isn’t being used by the school system.

Williams asked those at the meeting to consider contributing money, equipment or influence to the project.

“If your company doesn’t have mechanisms to hand over cash, but maybe you can hand over equipment, we’d be grateful for that,” Williams said. “The added benefit to doing something like that is if you have equipment in your business or industry that is specific to you, and it’s something that your employees have to work with all day, every day, and you give to us, our students [will have the] advantage when you’re looking at hiring [workers who are] already familiar with it.”

Williams said those who contribute will be acknowledged in some way in the finished building.

Mon Feb 28 , 2022
The Benesch law firm plans to move to eight floors at Key Tower, ending a quest for new office space that spanned the better part of a decade. Benesch will occupy 164,000 square feet at downtown’s tallest building. That’s a slight increase from the firm’s current footprint at nearby 200 […] 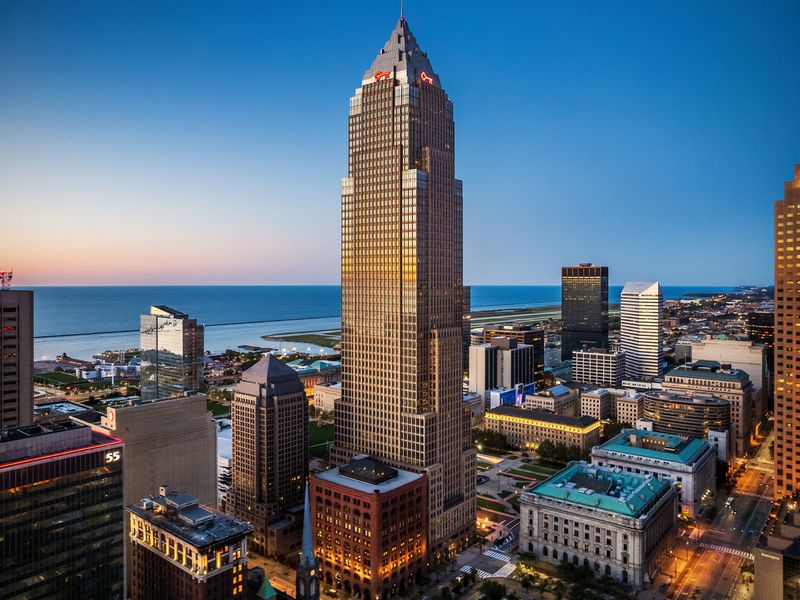