Get the Insider App

The as-told-to essay is based on a conversation with Anthony Chamberlain, a 50-year-old lifeguard living in London. It has been edited for length and clarity.

A heart attack at 38 years old ended my corporate career at one of London’s highest-powered law firms, but it also allowed me to discover my passion: being a lifeguard and swim teacher.

I arrived at Freshfields in 1996, 24 years old and keen to work my way up in the Magic Circle of London’s top law firms.

I started as a clerk but quickly got promoted to purchasing manager.

My team kept every department stocked with whatever it needed while negotiating the best prices from suppliers.

The role wasn’t the most glamorous, but Freshfields was an environment in which you had to get everything right. Every i had to be dotted; every t had to be crossed. It was intense.

As my responsibility increased, so did my workload. Although my contract included 40-hour weeks, work often spilled into late nights and weekends.

The distinction between work and social life became blurred by lunchtime drinking and boozy nights out with suppliers.

It’s part of the social structure at big-city companies.

As the years went by, I became more embedded in the office. Hard work and hard partying were my daily routine, all powered by Freshfields’ paychecks and London’s buzz.

But in the office, life was less exciting. I spent my days eating junk food, smoking, and not getting up from my desk for hours.

At my worst, I smoked 40 cigarettes a day, drank for hours every night, and had a horrible diet.

Partying became a coping mechanism to deal with work stress.

If I didn’t have to work weekends, I’d go to raves and do all-nighters until Monday morning to avoid thinking about work the following week.

Years passed like this. I found myself 38 years old, feeling stale and burned out. I wasn’t living my life or engaging with my job. I was rolling along from week to week.

Until one Saturday in 2009 while I was partying hard in Notting Hill.

It was 12:30 a.m. and suddenly, I felt as if I couldn’t breathe. I thought someone had spiked my drink. I couldn’t walk, so a friend helped me home.

I tried to sleep it off but eventually went to my doctor on Monday morning. Assuming it was still the effects of whatever I had done on Saturday night, he prescribed Valium and sent me home to sleep it off some more.

I had ripping pains right across my chest and shoulder when I woke up.

After six hours back in the emergency room, five electrocardiograms, and one more misdiagnosis with a chest infection, a new doctor on shift realized what was going on: I’d had a heart attack.

They rushed me into an operating room, where surgeons inflated a stent in my artery.

The doctor told me that smoking, drinking, partying, and stress were all off the menu.

Three days after my heart attack, despite his warnings, I went back to work.

Back at work, the psychological toll of this experience became clear. Every time I got a pain in my chest, I became paranoid. I’d walk out of the office with no word to anyone and go straight to the doctors. I couldn’t cope.

I decided to quit my job at Freshfields and set out on a year of rehabilitation to get better properly.

I began swimming in my local pool every day to improve my fitness, following doctor’s orders.

I was becoming healthier and happier as the days went on. Doing something I enjoyed every day made me realize I could never go back to working in the corporate world.

I spotted an ad at the same pool and applied to be a lifeguard.

It was easy to get hired and qualified, but the pay cut was extreme – less than half of what I earned at Freshfields.

I had to change my lifestyle to accommodate this. It helped that I was no longer partying or commuting. It was difficult at first to adjust, but after I drew from my savings to get through the year of rehabilitation, I had a steady income and spent only within my means.

I noticed the difference in my job at the pool immediately. There were no deadlines or pressure. You would arrive, do your hours, and if somebody started drowning, you’d save them.

In 11 years working as a lifeguard, I have had to respond to an emergency only a handful of times — usually a kid with a cramp.

As a lifeguard, I earn much less money, and there are regular skirmishes with moronic management.

Sometimes I wonder whether the grass would be greener if I could go back to Freshfields. I miss the benefits of a salaried office job.

But at the pool, I’ve found my passion — not cleaning cupboards and watching people swim in half-hour intervals — but teaching swimming.

Every time I teach a kid to swim and see them smiling and laughing, I feel fantastic. It’s good for my soul. I never thought I could be providing people with something that would positively affect their lives.

Freshen up your fitness routine with this circuit training workout

Fri Mar 11 , 2022
Are you looking for fun ways to freshen up your workout? With a change of season around the corner, now is the perfect time to start spring cleaning your fitness routine. During the long winter months, it’s common to get into a workout rut, sticking with the same stale exercises […] 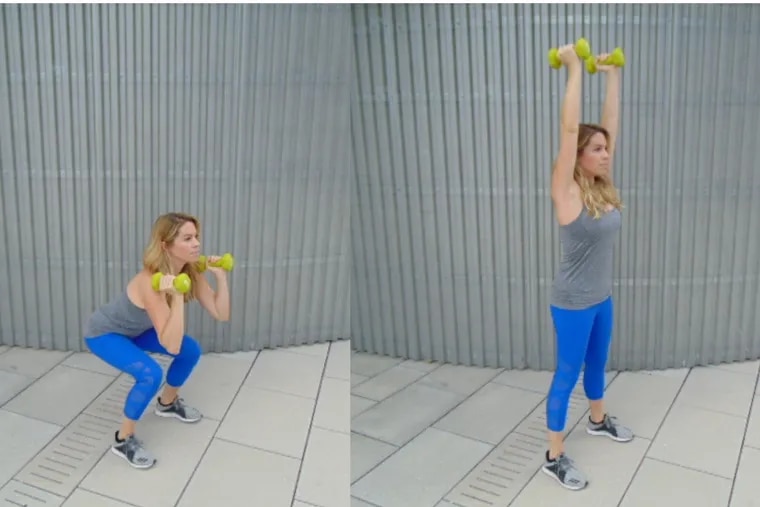